Most operating a vehicle under the influence of alcohol or drugs (OVI) arrests in Ohio involve people allegedly intoxicated by alcohol, but some OVI arrests are drug-related. Marijuana is one of the most common kinds of controlled substances to be identified in most chemical tests. 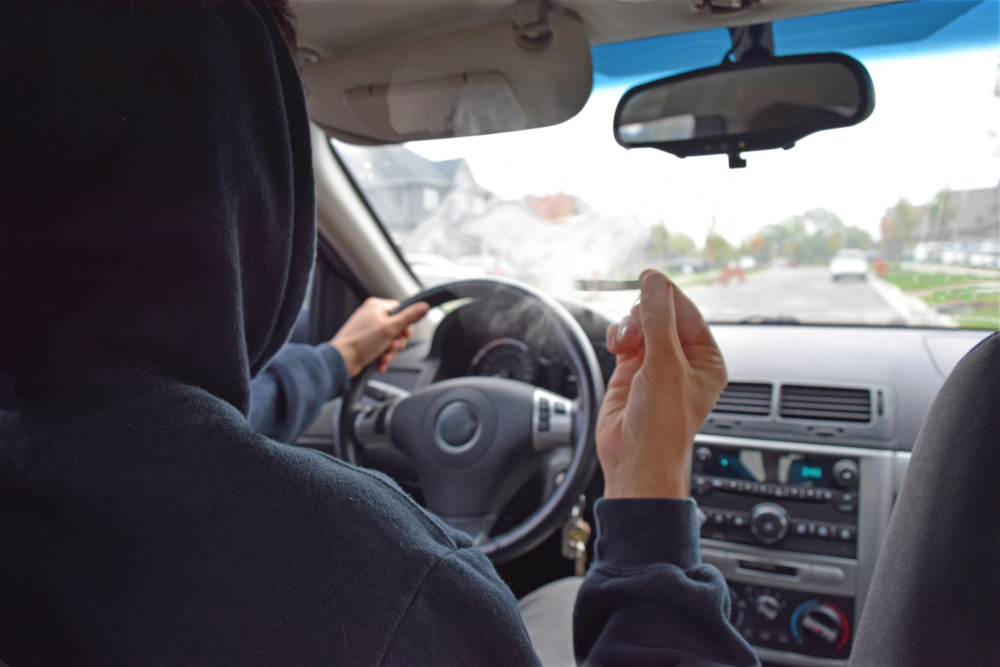 Cannabis has a much longer latency period than other drugs, so it will be present in a person’s system several hours, days, or even weeks after it was originally consumed. For this reason, any arrest in which a driver is accused of being under the influence of marijuana will want to be sure that their chemical tests accurately reflect the nature of their condition at the time of the alleged offense.

Were you or your loved one arrested for a marijuana-related OVI in Columbus or a surrounding community in Franklin County? You will want to make retaining legal counsel your top priority as an experienced criminal defense attorney will be able to help you achieve the most favorable outcome to your case Sabol | Mallory has over two decades of experience in the courtroom. Call (614) 300-5088 or contact us online to receive a free consultation.

Ohio state law provides that a person can be arrested for a marijuana OVI when they submit to chemical tests and their tetrahydrocannabinol (THC) levels exceed legal limits. The limits in Ohio are as follows:

Urine tests are commonly used for drug testing purposes, but they are not flawless. Any one of a number of errors in the administration of tests or storing of samples can impact the test result.

When a person is convicted of an OVI offense involving marijuana, it carries the same penalties as an alcohol offense. Repeat OVI violations of any type will be counted against a person when they fall within the 10-year “lookback period.” Marijuana OVI offenses are punishable as follows in Ohio:

FAQs: Cannabis and Driving | Colorado Department of TransportatioN (CODOT) — Visit the CODOT website to find answers to many frequently asked questions (FAQs) about cannabis and driving. Learn more about the legal limit for marijuana impairment, additional penalties for marijuana-impaired driving when children are present in a vehicle, and the legality of paraphernalia in the vehicle. Also find information about how law enforcement determines impairment and what happens if you refuse a blood test. The effect of cannabis compared with alcohol on driving | National Center for Biotechnology Information (NCBI) National Institutes of Health (NIH) — View the full text of a study from the Veteran's Administration Connecticut Health Care System / Yale University School of Medicine. The study notes that “the risk from driving under the influence of both alcohol and cannabis is greater than the risk of driving under the influence of either alone.” It concludes that “laboratory tests and driving studies show that cannabis may acutely impair several driving-related skills in a dose-related fashion, but that the effects between individuals vary more than they do with alcohol because of tolerance, differences in smoking technique, and different absorptions of THC.” Medical marijuana users in Ohio will be at risk for OVIs | WKBN.com — View a January 2019 WKBN story about concerns relating to regular users of soon to be legalized medical marijuana going over the legal limit of 35 nanograms in urine and or 50 nanograms in the bloodstream by using it daily for pain treatment. Medical marijuana sales began in January, and Mahoning County Sheriff Jerry Greene told WKBN that medical marijuana will be treated the same as alcohol and any new guidelines would be based on past decisions from others. "We will be looking at many other states who have already gone through with it to see how they have dealt with it," Greene told WKBN.

If you were recently arrested for an OVI offense involving marijuana in the greater Columbus area, do not wait to seek legal representation. You will want to have a lawyer conduct an independent investigation of your arrest right away. Sabol | Mallory routinely receive extensive training on evidentiary issues in OVI cases, so we are prepared to dig in and fight criminal charges based on errors in chemical testing or other processes. You can have our attorneys answer all of your legal questions when you call (614) 300-5088 or contact us online to take advantage of a free consultation.