Weapons offenses address the balance of the right to arm and protect yourself, and the state’s ability to legislate the manner and circumstances you may carry and use your weapon. These offenses are often ripe for a Fourth Amendment challenge—that is, whether the officer had a right to stop and search you in the first place. 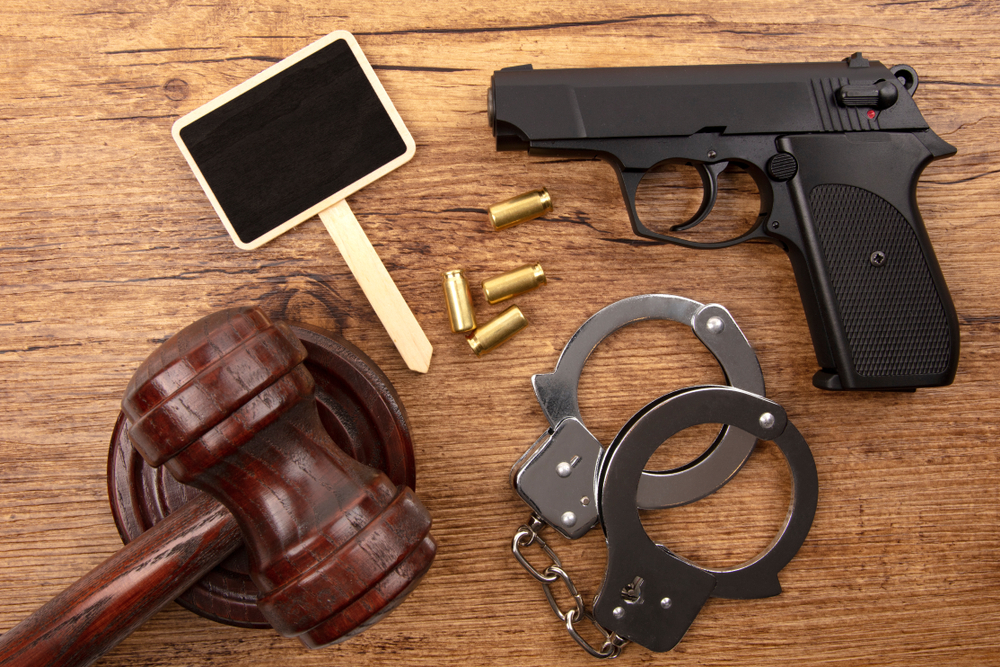 Weapons offenses involve the inherent conflict in balancing our constitutional right to keep and bear arms along with the state’s desire to regulate who is permitted to use firearms, for what purpose, and what weapons may be used in the first place. Ohio has enacted many laws governing the manner in which a weapon is owned and who may own them.

Due to the serious harm a weapon may cause, these offenses are taken very seriously by the state. The nature of the weapon and criminal history of the suspect tend to dictate the seriousness of the charge. While each case presents unique defense opportunities, defenses involving unlawful search and seizure, self-defense, and the inability to prove the defendant knowingly possessed the weapon are common. Further, we have successfully negotiated beneficial pleas and dismissals through leveraging weaknesses in the state’s case, mitigation, and different intervention and diversion programs.

The circumstances of either your personal life or the events that led to your charge may present an opportunity to avoid a weapons conviction. We have had weapons cases voluntarily dismissed, destroyed cases through rulings finding a constitutional violation, and won weapons cases in trial. If you would like to know how we would assess your case, contact us for a free evaluation.

If you or your loved has been arrested for an alleged weapons offense in the greater Columbus area, it will be critical for you to retain legal counsel as soon as possible. Make sure your first phone call is to Sabol | Mallory.

Our firm understands the most effective ways to handle these types of cases, and we can fight to possibly get your criminal charges reduced or dismissed. Call (614) 300-5088 or contact us online to set up a free consultation.

Many weapons crimes in Ohio are found in Chapter 2923 of the Ohio Revised Code. Offenses listed in this chapter include:

The sentence a person receives if convicted of a weapons crime largely depends on whether the crime was a misdemeanor or felony. Misdemeanors in Ohio are typically punishable as follows:

A felony conviction, on the other hand, can result in one of the following sentences:

The sentence that is imposed will be based on a number of factors, including the alleged offender’s prior criminal record, the specific offense involved, and where the alleged offense was committed.

Ohio Revised Code § 2923.11(A) defines a deadly weapon as “any instrument, device, or thing capable of inflicting death, and designed or specially adapted for use as a weapon, or possessed, carried, or used as a weapon.” A firearm is defined under Ohio Revised Code § 2923.11(B) as “any deadly weapon capable of expelling or propelling one or more projectiles by the action of an explosive or combustible propellant.

Under Ohio Revised Code § 2923.11(C), a handgun is defined as any firearm that has a short stock and is designed to be held and fired by the use of a single hand or any combination of parts from which a firearm of such a type can be assembled. Ohio Revised Code § 2923.11(D) defines a semi-automatic firearm as “any firearm designed or specially adapted to fire a single cartridge and automatically chamber a succeeding cartridge ready to fire, with a single function of the trigger.”

Ohio Revised Code § 2923.11(L) defines a dangerous ordnance as any automatic or sawed-off firearm, zip-gun, or ballistic knife; any explosive device or incendiary device; nitroglycerin, nitrocellulose, nitrostarch, PETN, cyclonite, TNT, picric acid, and other high explosives; amatol, tritonal, tetrytol, pentolite, pecretol, cyclotol, and other high explosive compositions; plastic explosives; dynamite, blasting gelatin, gelatin dynamite, sensitized ammonium nitrate, liquid-oxygen blasting explosives, blasting powder, and other blasting agents; and any other explosive substance having sufficient brisance or power to be particularly suitable for use as a military explosive, or for use in mining, quarrying, excavating, or demolitions; any firearm, rocket launcher, mortar, artillery piece, grenade, mine, bomb, torpedo, or similar weapon, designed and manufactured for military purposes, and the ammunition for that weapon; any firearm muffler or suppressor; or any combination of parts that is intended by the owner for use in converting any firearm or other device into a dangerous ordnance.

Ohioans for Concealed Carry — Ohioans for Concealed Carry is a grassroots political activist organization founded with the primary goal of getting concealed carry passed into law in Ohio. The organization’s new mission is “to refine the concealed carry law and to expand and preserve the rights of all gun owners in Ohio.” You can find answers to frequently asked questions on this website and also participate in forums.

National Rifle Association (NRA) — The NRA identifies itself as “America's foremost defender of Second Amendment rights.” Use this website to learn about current legislation, NRA programs, and publications. You can also learn more about NRA events.

Columbus Field Division | Bureau of Alcohol, Tobacco, Firearms and Explosives (ATF) — The ATF Columbus Field Division serves the entire state of Ohio and the Southern Judicial District of Indiana (except for eight southern Indiana counties). Visit this website to read field division news, learn about reward notices, and meet the Special Agent in Charge. You can also learn more about the organizational structure of the ATF.

Were you or your loved arrested for an alleged weapons crime in Columbus or a surrounding area of Ohio? You should make sure that you have a lawyer before you say anything to police.

Sabol | Mallory will step in and quickly seek the most favorable outcome to your case that results in the fewest possible penalties. We can examine your case as soon as you call (614) 300-5088 or contact us online to receive a free consultation.